Pricing Games: Why 9 is Better Than 0

Pricing Games: Why 9 is Better Than 0

Last year, on a cold January night at the height of the snowstorm season, I made my way through the sleet en route uptown with Evan and Michelle.  The young couple were looking for a new and larger home and on the market for a two-bedroom apartment for around $1,000,000.

Our destination that particular snowy evening was an open house at 235 East 87th Street, featuring a pair of two-bedroom apartments both priced at $1.1 million. One visit was enough to convince Evan and Michelle that one of the apartments would be the perfect place to start a family, and we soon put in our first offer to the sellers, just under full price.

An immediate message came back from the seller's broker: not enough. A handful of other interested buyers had already offered to pay full price for the apartment. Competition was getting stiff, and we wanted to nip it in the bud and ensure their deal. So that same night, I called the broker with the couple's new number: $1.16 million, $10,000 over the listed price.

Evan and Michelle got the green light. And with their new Upper East Side home secured, all they had to do was put their old Union Square apartment back on the market.

Evan and Michelle's story reflects some of the serious changes in New York real estate over the past decade. Most of these shifts have been tied to an "information revolution." Never before have buyers had as much access to anything they could ever want to know about their future apartments, with websites like Street Easy and even our own thebambergergroup.com offering details ranging from building histories to recent comparable closed sales prices as well as photo floor plans.

With this "information revolution" comes a change of balance in the relationship between buyers and sellers and the realtors that represent them. In an effort to retain bargaining power over increasingly educated apartment-hunters, some real estate agents and sellers have resorted to a new round of strategies in order to sell their homes at a price they see fit.

The Battle: Auctioning versus anchoring

Let's return to Evan and Michelle, this time to their one-bedroom on Union Square.

Evan bought his apartment in the Zeckendorf Towers back in 2007 for $719,000, at the height of the market. After seven years, thoughtful renovations, and an impending move uptown, he needed some counsel on an optimal selling strategy. We knew of a unit of the same size that closed for $705,000, but it didn't feature a comparable level of remodeling to the kind Evan had commissioned.

Evan can either auction or anchor. The auction strategy is the same kind used by the sellers of the apartment he just purchased at 235 East 87th Street. In a "hot market" like the one he just bought into, sellers and their realtors make the conscious choice to underprice their apartment listings because they expect they will generate enough demand to receive deals that will either match or exceed the full price.

But for the most part, auctioning can be a risky move. There is no empirical evidence that will prove that an apartment will be able to generate a higher final sale price based on a "hot market" location alone.  It's also very important to note that a "hot market" is hyper local.  What may work well in one building, may not work well in the next building even if it's just two blocks away.

Evan and I ultimately thought it would be wiser to anchor, or to list the apartment with a high asking price. We wanted a number that would set his apartment very far apart from the recent $700k sale next door and that could alert potential buyers to the high value of the apartment and its amenities. Two weeks after listing the apartment for $995,000, Evan and Michelle got a full price, all-cash offer. They were ecstatic with the close. Needless to say, I was too.

Number Psychology: Just Below vs. Round Pricing

But in today's market, anchoring and auctioning are not the only tricks to know when it comes to apartment pricing.

According to the Wall Street Journal, rounding down the asking price for an apartment (even by a small amount) can create the psychological impression of a bargain, known as the truncation effect.

"Because the digits carry less economic weight compared to digits on the left," write academics Eli Beracha and Michael Seiler in their 2013 study on listing prices, "our brain puts more emphasis on the 199 and will sub-consciously register the $199,900 house as being less expensive."

It's a strategy, they claim, that has been used as a sales-boosting method in marketplaces ranging from gas stations to retail goods, and, to great success, in large real estate purchases.

But it is not without its limitations. In their study, Beracha and Seiler further conclude that using the "just below" strategy when listing a home could result in potential buyers overlooking the property as round pricing will often hit the top of search results on most websites when sorting. 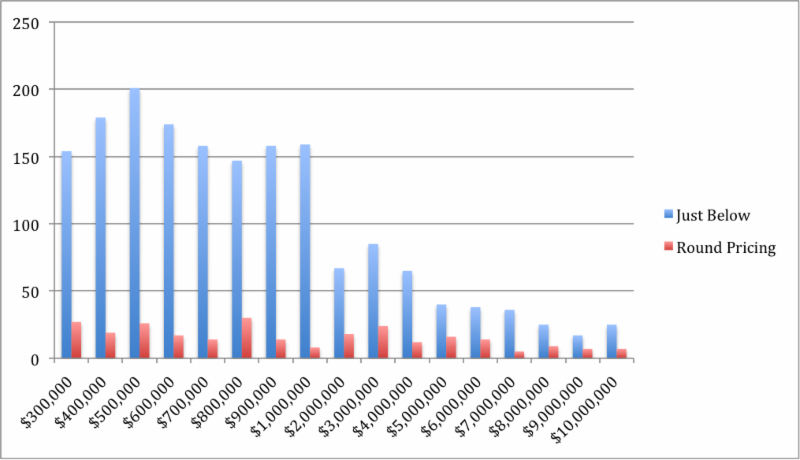 With the information revolution comes a new sense of balanced power in the buyer-seller dynamic. And while most homeowners are resorting to a wider array of intelligent and savvy methods to retain negotiating power when selling their apartments, a few have taken a less-than-ethical approach to their pricing tactics.

Certain realtors have started changing apartment numbers on online listings to make it easier to hide basic information from prospective purchasers. Switching around numbers makes it more difficult for a buyer to access a specific apartment's history and compare it to other prospective homes. The switcheroo is not very common, but it's important for buyers to be able to recognize the practice when doing their online research.

A word from Dan Bamberger

While psychology, strategy, and business savvy are all necessary when it comes to properly pricing an apartment, I'd argue one step further: you need to have an artist's touch.

Artists have an uncanny ability to think in detail and see ahead. One brush stroke makes a canvas come to life. One camera movement can reveal the entire message of a film. One look into the makeup of your neighborhood can contextualize your home, and help you decide on its true value.

There's no one set way to price. Sometimes these decisions will be intuitive. One year anchoring a price might be the perfect approach to selling. The next year you might choose to round down.

So play it by ear. Be honest. Analyze all the information you can. Hire a good realtor. Soon enough, you'll have sold your home for what it's truly worth- and reaped in a good profit for keeps.

Neighbors of the Month 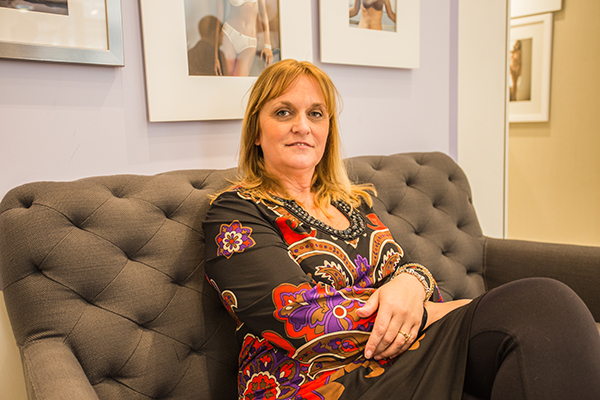 Born in the picture-perfect coastal town of Zadar, Croatia, Angela moved to New Jersey thirty years ago. She's an American football and European soccer fan. Changing women's lives is the best part of her job; it gives her a real sense of satisfaction. 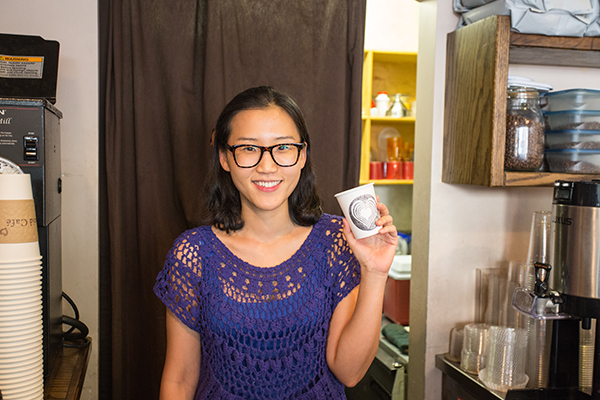 Born in Seoul, South Korea, Namhee opened Lucid Cafe in 2010 with her family. Espresso based drinks were very popular back home, so she and her sister- a baker- decided to try out the model here in New York. They have opened another location in Woodside.

Have questions about living, buying or selling in Murray Hill? Let's get in touch. It's free and there's no obligation.

Required by state law, be sure to verify our one-time confirmation e-mail for more details on this apartment. Your information will be kept confidential. Enter your e‑mail below to get started.

Welcome back. Please sign back in to view details on this apartment and others.

Whether you're looking to buy, sell, or learn more, we know how to help.

If you're thinking about buying or selling, let's discuss your situation. It's completely free and there's absolutely no obligation.

If you're thinking about buying or selling in New York , let's discuss your situation. It's completely free and there's absolutely no obligation.

If you're thinking about buying or selling in New York , let's discuss your situation. It's completely free and there's absolutely no obligation.

Meet with Dan Bamberger and get your no-obligation consultation on selling your home. Up to date market information, selling advice and more.

Thanks for getting in touch. We received your message and you’ll hear from us within an hour.